We believe that a summer experience in Israel is an investment worth making, and we strive to ensure our programs are financially accessible to all. BBYO, along with local communities, provide need- and merit-based scholarships. Explore the opportunities!

In keeping with our mission to share the experience of Israel with as many Jewish teens as possible, BBYO has established a national scholarship for teen Israel experiences. Funding is limited, so make sure to apply ahead of the noted deadlines as part of your commitment-free registration.

March of the Living

FINANCIAL ASSISTANCE
Available for teens participating in BBYO’s National Teen Delegation and BBYO-affiliated Community Delegations.
Priority is given to applicants prior to November 2, 2020

Scholarship decisions will be made according to financial need and will be announced prior to the cancellation deadline on December 2, 2020.

ROOTONE VOUCHER
Teens traveling to Israel with BBYO Passport are eligible for a $3,000 RootOne voucher, regardless of financial need. Available on a limited basis – Learn more and claim yours!

FINANCIAL ASSISTANCE
Available for teens participating in a summer Israel program, including ILSI. Priority is given to applicants prior to January 26, 2021.

Teens involved in BBYO can contact their Regional/Council Staff for scholarships available on the regional or chapter level. Funds may be available for Summer Programs in Israel and the March of the Living. 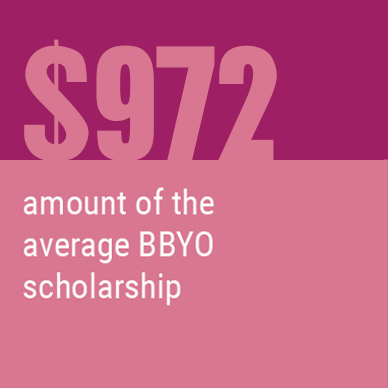 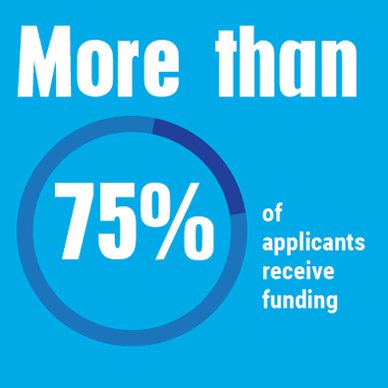 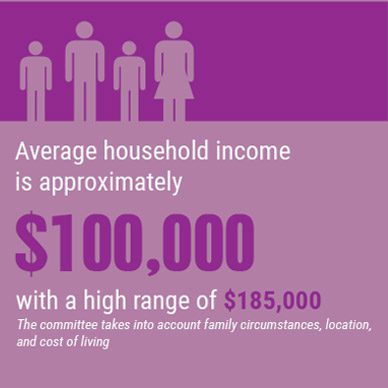 Most communities offer teen Israel program scholarships through their local Jewish Federation or through other Jewish educational agencies. In most cases, these community funds are available only for the teens in the areas that they serve. BBYO Passport programs in Israel meet the criteria to qualify for most of these scholarships. We have included a list of specific communities that offer such scholarships. If you do not find your hometown in the list below, check out the National Federation Directory. Due to the nature of changes in funding and resources, we do not guarantee the accuracy of the information provided nor guarantee eligibility as almost all sources are independently managed and have no connection to BBYO Passport.

New Hampshire
Award Name: Irving and Bernice Singer Israel Experience Fund
Qualifying Type: Case by case basis
Trip Location: Israel
Amount: Grants are given as long as funds are available: $1000.00 to any NH teen for a Jewish peer trip to Israel and $1800.00 for any NH teens who have completed the high school program in their own synagogue.
Contact: Nancy Frankel
Phone: 603.472.3983
Email: [email protected]

Award Name: One Happy Camper Grant
Qualifying Type: First FJC experience who did not attend Jewish private day school
Trip Location: US experiences
Amount: For the first child in a family to receive a grant, $700 for 12-18 days or $1,000 for 19+ days; for siblings of grant recipients, $500 for 12+ days
Contact: Gerri Russo
Phone: 973.929.2972
Email: [email protected]

Award Name: Visit Israel Savings Partnership
Qualifying Type: This grant is only available to teens who live in the Lehigh Valley, Pennsylvania, whose parents have opened a savings partnership account through the Jewish Federation of the Lehigh Valley and have donated to the JFLV and reside in Lehigh Valley, PA.
Trip Location: Israel
Amount: Up to $1,600
Contact: Abby Trachtman
Phone: 610.821.5500
Email: [email protected]

Below is a list of various sources for potential scholarship funding that BBYO Passport participants have received in previous years. The goal of this resource is to provide prospective BBYO Passport participants information about organizations within their geographic region that have offered scholarships in the past. We do our best to provide accurate material and information from each source.

Often, synagogues have set aside funds specifically designated for sending local teens to Israel. Call your synagogue’s office to learn if they offer this type of scholarship. Departments that often have scholarships available include but are not limited to: General Scholarship Fund, Rabbi Discretionary Fund, Sisterhood, Brotherhood, Israel Committee & Youth Department.

Some other local Jewish organizations may have scholarships available. Here are some potential sources in your community that are worth exploring.

BBYO Passport is proud to partner with One Happy Camper to provide teens up to $1,000 off our U.S. based trips that are 12-days or longer for their first summer at a Jewish overnight camp. This gift – made possible by your local Jewish Federation in partnership with the Foundation for Jewish Camp – is for campers attending their first Jewish overnight summer camp experience. Please view this list for qualifying communities, age requirements, and contact information at the Eligibility Page.

A quick internet search will reveal numerous Jewish organizations that offer money to Jewish teens traveling to Israel. Send them an e-mail and see if you qualify! Do you know of a scholarship not listed or have updated information? Please let us know and we will post the information for others who are seeking funding for their BBYO Passport experience.

The New York Teen Initiative is sponsored by UJA-Federation of New York and the Jim Joseph Foundation.

Families are highly encouraged to sign-up for travel insurance in order to protect their investment and plan for the unexpected.

Coverages may vary and not all coverage is available in all jurisdictions.

Note: Certificates, vouchers, discounts, credits, frequent traveler or frequent flyer rewards, and miles or points applied (in part or in full) towards the cost of your travel arrangements are not considered payments or deposits in this context.

Insurance costs vary according to the cost of your program. Be sure to factor any additional travel expenses (e.g. cost of domestic travel) when deciding how much insurance to secure.

Our group travel insurance policy can be selected and paid for as part of your BBYO Passport registration account. You will have the opportunity to add travel insurance after flight details are confirmed.

Submit a claim by emailing [email protected]. In your message, be sure to include the name of the covered teen, the reason for the claim, as well as your home address and phone number. You will be sent a claim form to complete, and we will support you with any details as needed. If you do need to submit a claim, do not delay starting the process as certain cancellation benefits are only applicable when claimed in advance.

We cover destinations on five continents and cater to teens and families:

There's more than one way to organize your group with us:

Leverage our expertise to your organization's benefit:

We offer a flexible model with services based on your needs:

Contact us to explore the possibilities, and ask us for a reference from a current partner.

Want to have a lasting impact on Jewish teens this summer? We’re recruiting enthusiastic and experienced individuals to be Trip Staff (counselors) for our Summer Experiences!

Review the job description and complete the staff application. For questions contact [email protected]. Compensation information is provided during the interview process.

When you build exceptional experiences, people want to hear about it! Check out this press featuring BBYO Passport.

Valley teen takes part in BBYO trip to Spain
Jewish News | September ’18
Hear from Faith Kessler, a teen from Arizona, who went on the BBYO Spain Discovery this summer. Spain Discovery is a two-week cultural travel opportunity for teens to explore Spanish cities and meet the Jewish communities there.

10 Days that Changed my Life
Connecticut Jewish Ledger | August ’16
Hear from a teen participant about her life-changing experience on a BBYO Passport program: “The BBYO summer program was an eye-opening, life-changing experience that allowed me to step out of my comfort zone. I truly have a new found respect for people from different backgrounds and walks of life.”

BBYO Bonds Teens Around World
Jewish News | August ’15
This summer, over 2,000 teens came together at BBYO Summer Experiences. These summer programs offer Jewish teens the opportunities to lead, learn, serve communities, travel, strengthen their Jewish and personal identities and meet peers from around the world.

BBYO Director of Jewish Enrichment Aleeza Lubin is Profiled
OY!Chicago | July ’15
Aleeza helps teens find their Jewish voice and discover what aspects of Judaism are meaningful to them. She particularly emphasizes tikkun olam and finds creative ways for teens to contribute to the community in a way that feels natural and comfortable.

‘A modern camp with an old soul’ celebrates its bar mitzvah
The Jewish Voice | February ’15
BBYO Passport works with Camp Jori to help ensure their CIT’s (Counselors in Training) have a meaningful four-week experience in Israel.

World Without Survivors
Washington Jewish Week |  February ’14
Sara Strei reflects on the importance of having Holocaust survivor Trudy Album join her on March of the Living.

Learning in the Land of Milk and Honey
The Jewish News | January ’14
Teen participant Jackson Cacioppo writes about his summer journey on ILSI with BBYO Passport.

Summer Break? I’m Working on It
New York Times | May ’09
“At a time when the overall travel industry is in a slump…educational and volunteer travel programs say they are surprised at the sustained interest…B’nai B’rith Youth Organization is filling seats on its Israel tours.”

Jewish Summer Camps Feel the Heat
Jerusalem Post | May ’09
“In the case of BBYO Passport, which takes teens to Europe and Israel, the organization began promoting its competitive fees…as a way of attracting participants…’We had a good story to tell, so we decided to tell it,’ said Avi Green, BBYO Passport’s marketing director.”

Teen trips to Israel and beyond
Cleveland Jewish News | Dec ’08
“BBYO expands its travel division to incorporate even more destinations for Jewish teens to travel in a safe, group environment. The new program is called Passport to the World (Passport) and grew out of BBYO’s success with its Passport to Israel program.”

Local Teen Experiences Israel with BBYO
Minn. American Jewish World | Sep ’08
Local Teen Experiences Israel with BBYO: Minneapolis American Jewish World. Since I was little, I have always heard about how amazing Israel is, Mogelson wrote in an essay. “This summer I finally had the chance to experience it myself…The best part of the whole trip was the sense that I actually belonged in Israel, that I wasn’t just a tourist, but that I was a part of the State.'”

Contact us today to start planning your own travel experience with BBYO Passport! You can also schedule a call with our team here. References are always available upon request.

We hate spam as much as you do and will never share your information. 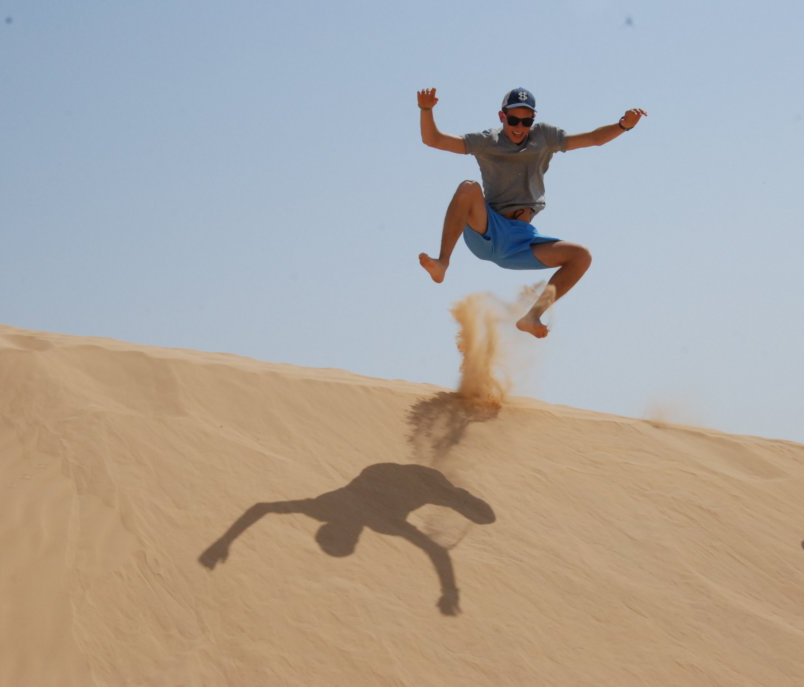 The joy of a summer in Israel has never been more accessible. Voucher availability is limited – claim yours!